Recognizing the key role that off-grid energy sources can play in combating energy poverty, the preparation of a regional off-grid electrification project, funded by the World Bank and supported by Lighting Africa, was announced in Dakar on October 12, 2017, at the ECOWAS Sustainable Energy Forum 2017. 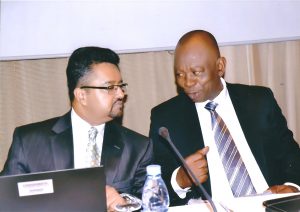 The need for increased energy access in this region is vast. There are about 395 million people in the ROGEP project countries, about 60% of them – or roughly 244 million people – are living without electricity. In rural areas the rate of electrification drops further to only 33% — while less than 5% of the rural population in Chad, CAR, Liberia, Mali, Niger, and Sierra Leone have grid electricity. The current scarcity of energy access hampers the social, economic, and industrial development of the entire region.

Given the region’s low population density (less than 20 people per square kilometer), grid expansion efforts – though noteworthy – can only do so much. Off-grid solar products on the other hand can reach even to the last inch of the last mile relatively quickly and cost-effectively. Preliminary geographic information system (GIS) analysis indicates that off-grid solutions will provide the lowest-cost option for energy access for thousands of villages in the region – or 65% of the current rural population.

Many of the needs of this unelectrified population can be served by products meeting Lighting Global Quality Standards – products that range from low-cost single point solar lanterns to solar home systems (SHS) that have multiple light points and can also power TVs, fans, and other small appliances (up to Tier 2+ under the Multi-Tier Framework). ROGEP will also support larger solar systems to electrify public institutions and power productive uses.

In supporting the preparation of ROGEP, Lighting Africa will work with both the governments and the private sector with the ultimate goal to make quality-verified off-grid solar lighting and energy products affordable and more readily available in West Africa, as sales to-date have been heavily concentrated in a handful of countries in East Africa.

We will work closely with the ECOWAS Centre for Renewable Energy and Energy Efficiency (ECREEE), ROGEP’s implementing agency. ECREEE is a specialized center of ECOWAS with a mandate to promote regional renewable and energy efficiency markets. It acts as an independent body within the legal, administrative, and financial framework of ECOWAS. Together, we will identify the fundamental barriers related to regional policies, regulatory standards, import tax – VAT on solar products, etc. and develop strategies to remove them from the region systematically. This will serve to draw new actors to the market, and support existing players in growing their sales.

Together with its partners, ECREEE has set-up the ECOWAS Renewable Energy Entrepreneurship Support Facility, where we will support ECREEE in providing trainings, technical assistance, and incubation labs to new actors in the off-grid market, to support them in setting up their businesses.  Importers and distributors who already have a proven track-record, will receive support in accessing financing assistance through regional and local financial intermediaries, as well as through a facility that will be set-up with World Bank support.

ECREEE’s Executive Director, Mr. Mahama Kappiah described ROGEP as the most ambitious regional initiative ever conducted in West Africa to promote off-grid electrification by standalone solar solutions at the launch at the Renewable Energy and Energy Efficiency in West Africa Conference.

Lighting Africa is already active in several of the countries targeted under ROGEP (Burkina Faso, Liberia, Mali, Niger, and Nigeria), and expanding to address the energy needs of the 19 ROGEP countries under one regional umbrella will allow us to build on these activities and achieve economies of scale.

For example, we typically work with national governments in each of our programs to support them in adopting quality standards – harmonized with the Lighting Global Quality Standards – for off-grid lighting products. When adopted by a national government, these standards work to protect consumers from risking their limited funds on poor-quality products, and protects the market from spoilage – either by only allowing imports of products meeting these standards, or by easing taxes on quality-verified products, bringing down their costs to end-users. However, if standards differ between countries, manufacturers may meet requirements in some countries, while facing barriers in others, limiting the geographic area in which they can readily conduct business. When an entire region applies the same standards, a large contiguous unified market is created. This both makes the market more attractive to manufactures, and brings down costs to end-users as products can be moved in bulk.

The natural synergies among the ROGEP countries will also allow us to conduct our other program activities regionally, bringing down economic and transaction costs. For example, market intelligence can be gathered regionally; existing relationships with MFIs and importers in the region can be leveraged to act in additional countries; trainings can reach across borders; and consumer education campaigns can be conducted regionally, making them more cost effective.

A regional market research study (which will be shared on our site once it is completed) is slated to be conducted at the end of this year, which will help us to plan our interventions in the most effective manner in each country in the region. Our goal is to build a framework for interventions that is robust and applicable to all, yet flexible enough to adapt to individual country needs.

We look forward to working closely with ECREEE and the national governments towards improving energy access across the region through solar technology. As Raihan Elahi, Lighting Africa’s Program Manager, noted at ROGEP’s announcement in Dakar; “The clean energy revolution is happening now, thanks to the rapid reduction in the cost of renewable energy…2015 was the first time when investment in clean energy was led by developing countries… [demonstrating that] the transition to environmentally, socially, and financially sustainable energy systems is well underway and it is irreversible.”